Jonathan Culler reminds us “Interpreters should ask about what the text does and how, how it relates to other texts, and to other practices, what it conceals or represses, what it advances or is complicitous with, what it forgets and what it takes for granted” (Culler, 1992: 111).

Parks’ discusses how he was able to use the camera as a tool to capture images that enabled him to drive social change, at no point in this particular clip does Parks’ speak about the importance of the aesthetics of his images. Despite this his photographs are consistent in exposure appearance and visually very well composed. 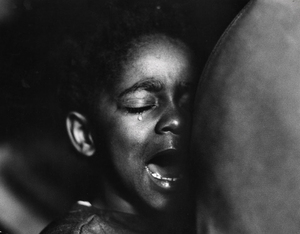 Parks’ describes how he wanted to befriend an impoverished family and document or help someone less fortunate than himself to expose the circumstances under which people were living. With hope that people  would be able to recognise the emotions displayed throughout his imagery and that taking in these emotions would evoke feelings in the viewer.

Due to Parks’ own upbringing he was able to better relate to the subjects of his photographs and I feel as though this emotion and empathetic vision is something that really gives a relatability and power to the images of Parks’. 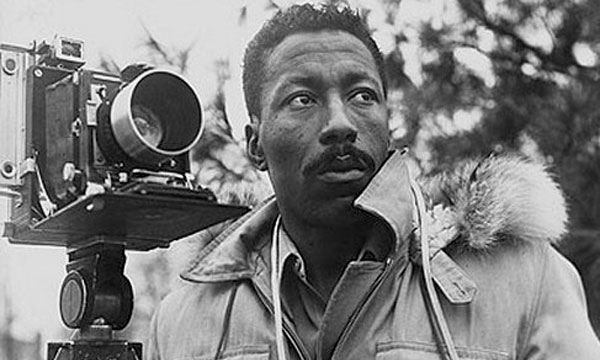 Parks ability to embed emotion within his images and the reason for him taking the images is particularly pertinent to my own photographic practice. There is an emotional attachment to the subjects, an understanding, that influences the appearance of his images.

for the project that I am undertaking the motivation is very similar although I have considered the aesthetics and colour, vibrancy and composition are all very important elements of this assignment. However the most important part of this assignment is that I am able to ensure that the subjects are relatable and that the  stories behind each of the subjects is clear.

Gordon Parks’ is quoted as stating “The subject matter is so much more important than the photographer.” And this falls inline with my photographic practices and philosophy all though I have attempted to experiment with my choice of recording equipment but ultimately the overall aim with each of my images remains consistent and ultimately much more important than the recording medium used.

Another Parks’ quote that stands out to me is “I’d become sort of involved in things that were happening to people. No matter what color they be, whether they be Indians, or Negroes, the poor white person or anyone who was I thought more or less getting a bad shake.” Parks’ was a social activist, one who used his camera as a tool to highlight injustices and to tell his story to communicate his experiences and the experiences of many disenfranchised people the world over.